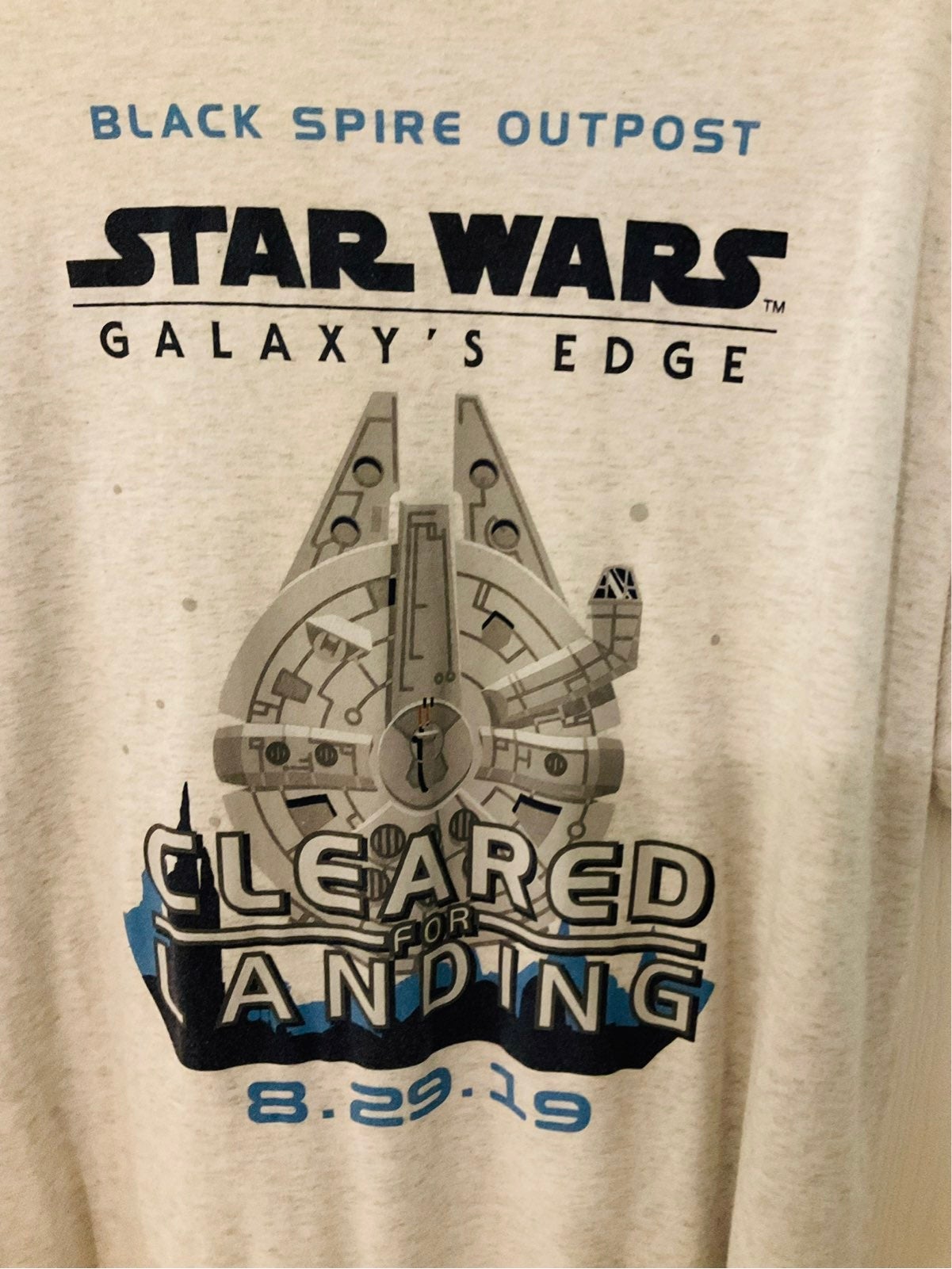 Animation Insider’s goal is to focus on the blue collared worker of animation; the back bone of the industry. We want to focus on the people in the trenches who make the award winning stuff we love.  Basically if your job is or ever was associated in some way with animated movement, we want to interview you! Even if you’re a big famous hotshot you weren’t always and I’m sure you’ve got great stories to tell! We think everybody has stories to tell from the trenches of animation!

If you’ve ever been in the Animation, Feature film or video game industry, please feel free to send us an email and we will send you the questionnaire!

NOTE: Can’t find the interview you came for? Just do a quick search in the box on the top right column and it will come up. Also if you’re wanting to link to your own interview do a search for it first and THEN use that search link instead of just going to your interview’s link because since we rotate interviews around the link will change but you can always do a search and find that link never changes.

What is your name and your current occupation?

Robert Sledge, I’m a Jack of all Trades But most Recent have Been a Storyboard Artist on a short film project & 2D Character Animator on” Space Jam a New Legacy” Feature film for Warner Brother. I also Have worked as a Character Designer for many projects.

What are some of the crazier jobs you had before getting into animation?

Even Before I went to Junior High My Father who was a carpenter and Roofer for his trade would take me and my brother to work with him on weekends when he pick up extra work to put on new roofs of homes, most of my work duties early on were having to carry up the shingle that came in packs, that seemed to have weighed 40 lbs., a pack this was all well before anything the likes safety protocols for a lot of work environments. Over time though we kids got more and more experience and then My Father would give us one side of a roof to do ourselves, and he’d do the other. My brother and I always tried to beat my dad to the top of the ridgeline of the roof like it was a race, we would think well there were two of us and only one of him, however inevitably he always is at the top of the ridge finished first it kind of turned into a game for us. My Father was a super-fast and experienced roofer his ability to nail on shingles was amazing he would put them on mostly with an old fashion roofers hammer, not the air guns used today that make nailing in those 10 penny nails so easy. He went so quickly it looked like a machine as he put three nails in each shingle in a few seconds flat. We, my brother, and I took a lot more time to get those nails into those shingles. The one thing I didn’t like about the roofing jobs was when the sunlight got onto the roof at about 11-3 pm and your legs began to burn from the roofs absorbing all heat to the point pain it was an annoying issue at times, so we were always glad to get off those roofs as early as possible.

During High School I worked part-time for a construction company in their corporate Headquarters Building which happened to be right next to the Warner Brother Studio, it was Directly across the Los Angeles River Fondly known as the LA Wash, from this building you could see right into Warner’s backlot

Another episode from Team Huh?

Here’s a cute lil animated short called “Snip” directed by Adam Koenig. I love when people are able to tell stories without words.

You can learn more about the film via the links below!

Based on the eponym series of six books by Dutch author and illustrator Catharina Valckx, published by l’école des loisirs, with over one million books sold in France and in numerous countries such as Germany, Italy, Poland, Spain, China and Japan, Billy The Cowboy Hamster follows three friends, Billy, Jean-Claude the worm and Little Rain the stone marten as they embark on thrill-seeking adventures.

Directed by the talented Swiss illustrator Antoine Rota (Kaeeloo), Billy The Cowboy Hamster will be produced at Dandelooo’s own animation studio Ooolala in la Cartoucherie, Valence (France).  Targeted at 4 to 7 year olds, delivery of the series is set for 2021.

Joint founders of Dandelooo, Jean Baptiste Wéry and Emmanuèle Petry commented, “We have found this wonderful unique character in our own greenhouse series: ‘The Treehouse Stories’ and are eager to bring him alive on screen, along with his best friends Little Rain the stone marten and Jean-Claude the worm.  This special series filled with affection, kindness and tenderness will immerse kids with its fun, quirky and absurd humour”.

Growing up in the Wild West and raised on the exciting stories told by his father, Billy with his cowboy outfit has a burning desire to hit the trail!  And since every new day presents him with an opportunity to go on an adventure worthy of the greatest cowboys, he is determined not to miss out… He takes with him his faithful friend Jean-Claude the worm, and his accomplice Little Rain the stone marten, and off they go!

But just like life, the Wild West is unpredictable and Billy is faced with unforeseen situations, some as prickly as cactuses… By overcoming them and finding solutions of his own, Billy reveals his big heart and unfailing ingenuity… He proves that if he is not yet the legendary cowboy he dreams of being, he is still a child who is growing up.  A great little hamster in the making, who knows how to spread joy and friendship around him.  And in Billy’s cozy Wild West world, that’s the stuff of real heroes.

Founded in 2010 by Jean Baptiste Wéry and Emmanuèle Pétry Sirvin, Dandelooo is an award winning and creative boutique company dedicated to the production and distribution of original and high-quality animation and youth programmes.

“We think of children first because education through images and the development of pre-school children’s imagination is a major issue today.”

Awarded Producer of the Year at the Cartoon Forum in 2017, the company based in Paris has a distribution office in Barcelona lead by Melissa Vega and an animation studio Ooolala in La Cartoucherie, Bourg les Valence.

Dandelooo’s productions include the hybrid pre-school series The Treehouse Stories (two seasons on air, a third in production and two theatrical films), which won an International Emmy Kids Award in 2017, Chico Chica Boumba commissioned by M6 and the animated feature film Houdini.

with Immersive Experience featuring The Krusty Krab, The Chum Bucket

BURBANK, Calif.–June 18, 2019–Nickelodeon is celebrating 20 years of SpongeBob SquarePants by inviting fans to enter into the world of Bikini Bottom at Comic-Con International: San Diego July 18-21, 2019. Headquartered at its 1,800 square-foot booth (#4113) on the convention floor, Nickelodeon will pay tribute to incurably optimistic SpongeBob SquarePants and his undersea friends with activations, panels, talent signings and interactive design elements featuring: The Krusty Krab, The Chum Bucket and Mrs. Puff’s Boating School.

Every day of the convention, Nick’s booth will feature: an interactive game inside The Krusty Krab, where fans will go head to head to complete food orders in a race against the clock; a photo opportunity with a replica of Mrs. Puff’s Boating School; The Chum Bucket towering 22 feet tall over the retail area, where attendees can purchase a variety of exclusive Nick gear and one-of-a-kind collectables; costumed character appearances; autograph signings with SpongeBob SquarePants cast members and Teenage Mutant Ninja Turtles creator and executive producers; and more special appearances to be announced in the coming weeks.

Nickelodeon will present two panels during the convention: “SpongeBob’s Big Birthday Blowout,” a deep dive into the series, celebrating 20 years of SpongeBob SquarePants; and “To Shell and Back,” an exclusive history-making TMNT creator panel, comprised of three generations of Turtle creators.

The following is a full rundown of the panels and booth activity:

Drop on the deck and flop like a fish because Nickelodeon is celebrating 20 years of SpongeBob SquarePants! Dive deep down into the making of the brand-new special, “SpongeBob’s Big Birthday Blowout!” with co-executive producers Vincent Waller and Marc Ceccarelli. Voice actors Tom Kenny (SpongeBob), Bill Fagerbakke (Patrick), Rodger Bumpass (Squidward), Carolyn Lawrence(Sandy), Mr. Lawrence (Plankton) and Clancy Brown (Mr. Krabs) will discuss what it was like to portray their characters in front of the camera for the first time in this live action-animation hybrid special. Moderated by: David Canfield (Entertainment Weekly).

To Shell and Back: An exclusive TMNT creator panel

·         Customized T-Shirt Station: Fans can purchase a t-shirt from the retail shop and customize it on the spot with characters and art from their choice of eight fan-favorite Nick shows: All That,SpongeBob SquarePants, Hey Arnold!, Rugrats, Rise of the Teenage Mutant Ninja Turtles, The Loud House, Avatar: The Last Airbender and The Legend of Korra.

·         Retail: Attendees can purchase Comic-Con exclusive figures and collectibles, the winter edition of the Nick Box, t-shirts, and more.

·         Giveaways:  Enter for a chance to win special prizes over the course of the convention.

Nickelodeon, now in its 40th year, is the number-one entertainment brand for kids. It has built a diverse, global business by putting kids first in everything it does. The brand includes television programming and production in the United States and around the world, plus consumer products, digital, location based experiences, publishing and feature films. Nickelodeon and all related titles, characters and logos are trademarks of Viacom Inc. (NASDAQ: VIA, VIAB).